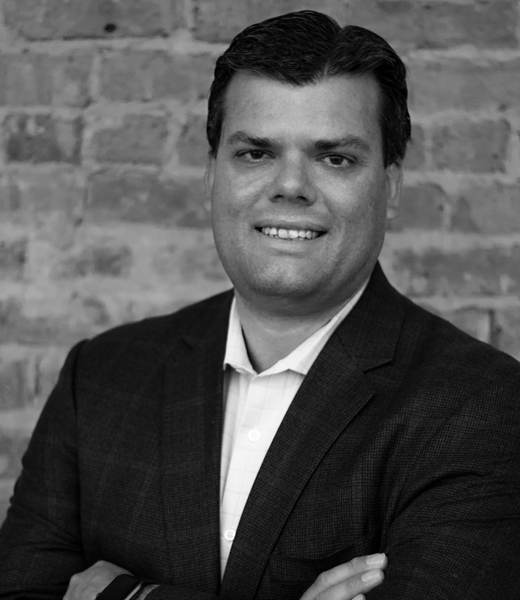 I am a serial entrepreneur with deep roots in both corporate innovation and new venture commercialization — my favorite is when the two collide to the benefit of both.

At TechNexus, I serve as Managing Director focused on audio and media investments supporting areas of strategic interest to TechNexus corporate partners. I help corporate partners look around the corner to see the unanticipated ways that their industry may evolve, and help them use those future states as growth opportunities, not threats. Key to this effort is collaboration between corporations and ventures, in a way that uses the competitive advantages of both, for mutual benefit.

My career started at Microsoft where he worked to bring multimedia capabilities to mobile and embedded devices powered by Windows, including devices used in automotive, point-of-sale, home theater, and mobile use cases. After Microsoft, he became a founder and an operator of early-stage technology companies. I founded, grew, and sold ProOnGo Expense — an innovator in the Intuit Quickbooks ecosystem that later became a part of The Neat Company in a 2013 acquisition.  Post-acquisition, I served as Chief Innovation Officer at Neat, where I helped to commercialize Neat’s innovations in partnership with HP. Later, Phil led RIVS / interviewstream, an early-mover in audio/video remote job interviewing. As RIVS / interviewstream grew towards three million completed interviews and enjoyed two appearances on the Inc 5000, the company joined the Clovis Point Capital portfolio via acquisition.

My wife Rebecca and I call Park Ridge, IL home and work every day to keep our  three children engaged in the world beyond all of the small screens.